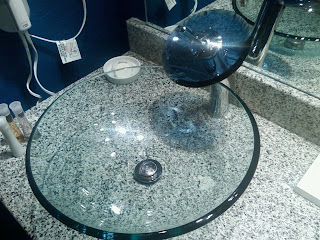 Well we’re here in Mountain View, CA, after a long day of travel. Slept through at least half the flight, which helped. It was due to be early but ended up about 45 late because of heavy fog near the runways. Once safely on the ground things progressed as planned. Our rental car turned out to be the sporty Kia Optima. It’s really trying hard, I’ll give it that. It’s even got Tiptronic(-like) transmission!

Crossed the San Mateo bridge again (this time intentionally,) but that same fog prevented any view of the bay, so we crossed the smaller Dumbarton bridge to the south, which for some reason was not fogged up. A little exploration of the Mountain View area found us some lunch, then it was check-in time, just in time for a major nap. After a couple hours of nap and a couple more of recovery, it was back to Castro St. for dinner, which, despite the abundant choices, ended up being sub sandwiches brought back to the hotel.

And that’s the first day. The hotel promises a “full” breakfast (not a buffet?) every morning, and tomorrow’s speaker lineup at VCF means I’ll be staying the entire day.